Last week, the Australian government announced a new budget. It included a number of tax cuts that were even more ambitious than expected.

To help figure out who these cuts benefit, I’ve fed the rates that will take effect in the 2006-2007 tax year, along with the old ones for the 2004-2005 tax year (i.e., those with the $70,000 phase-in for the 47% rate), into an Excel spreadsheet. The results for a single-earner family (which, for these purposes, are the same as a single person), along with a family where one person makes two thirds of the income, and one where the partners make equal shares of the income, are below.

I’ve also included a line for 2006-2007 (roughly) adjusted for inflation in the first graph; this allows comparison of the effect of the tax cuts on purchasing power.

Note that this is a pretty simplistic model; for example, it doesn’t take into account superannuation. 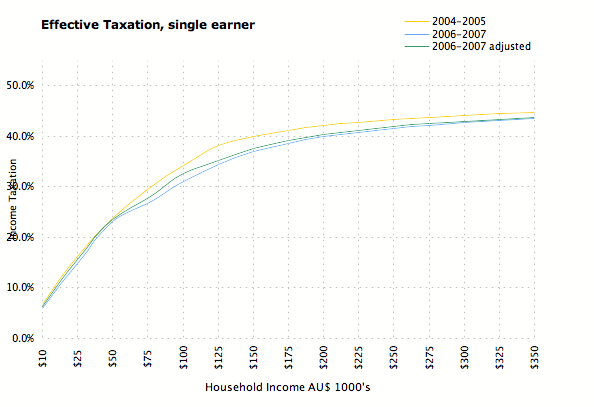 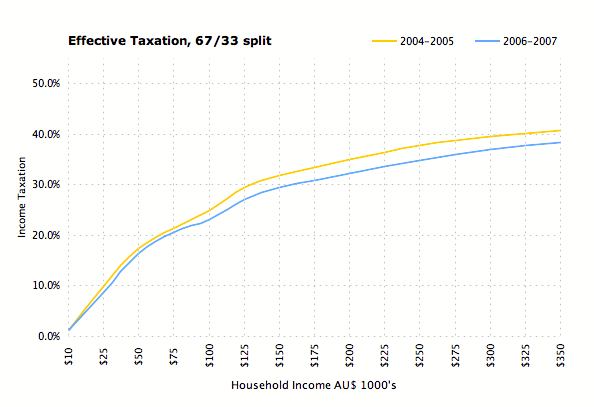 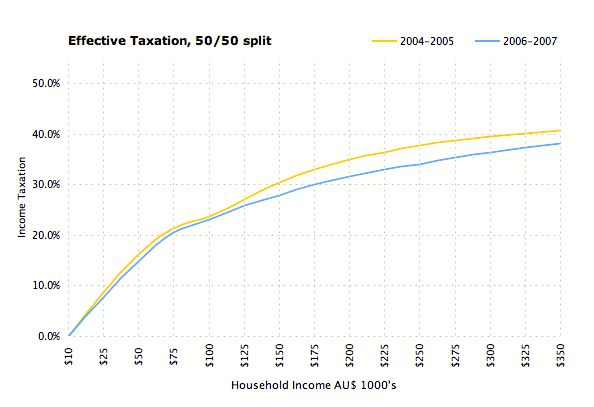 tax cuts? we dont need that